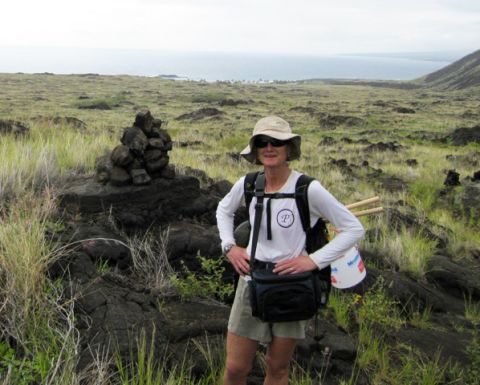 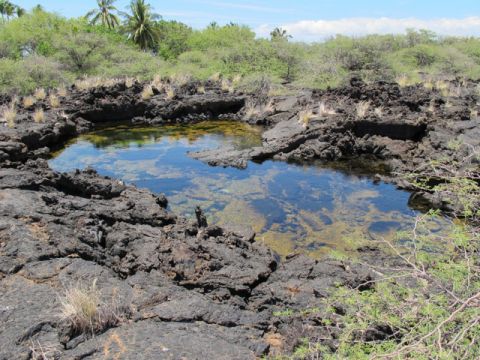 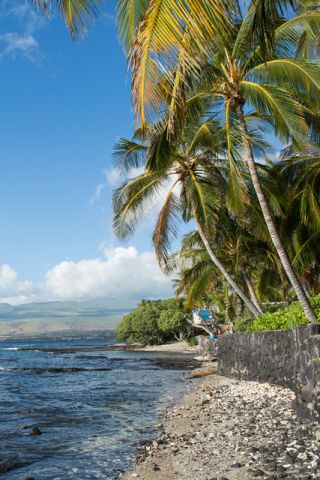 Residences along the coast in Puako are vulnerable to rising tides. (PHOTO BY ANNA PACHECO | SPECIAL TO NHN) 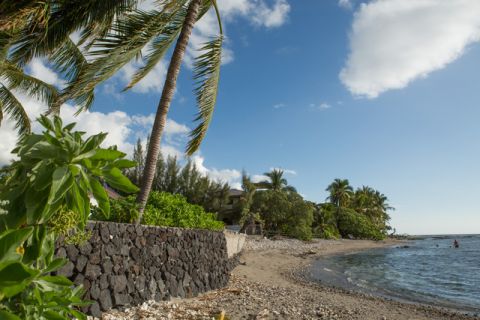 Residences along the coast in Puako will be vulnerable to rising tides in the future. (PHOTO BY ANNA PACHECO| SPECIAL TO NHN) 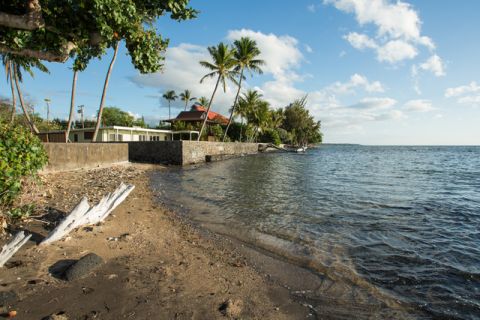 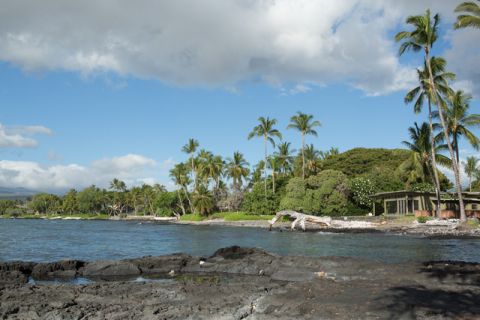 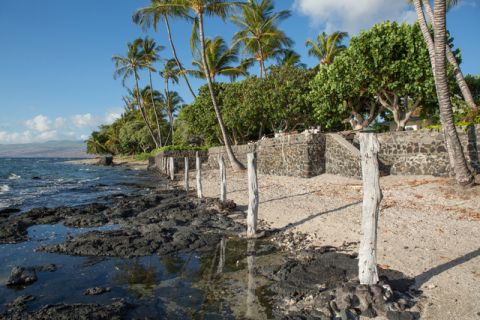 “The good thing is that even though the earth is changing dramatically, it won’t happen tomorrow,” said Lisa Marrack, a scientist originally from the Hawaii Island, now pursuing graduate studies at the University of California-Berkeley. Marrack is returning to the island in July, sharing her research to create fine-scale predictive maps to show the effects of rising sea levels on coastal resources on Hawaii Island.

“All over the U.S. and globally, people are starting to predict sea level rise, and are planning for changing coastlines,” she said.

As one of many outcomes from global climate change, a rise in mean sea level — the average height of the ocean across all tidal variations — will be caused be two factors: the melting of the polar ice caps, adding more water to the ocean, and the increased volume of sea water as it warms and expands, she said. On Hawaii island, an additional geologic factor will add to sea level rise: our island is slowly subsiding under the weight of the massive volcanoes Mauna Kea and Mauna Loa.

Although there is no way to know specifically how much the sea level will rise by a particular date, there is agreement amongst scientists and planners across the globe that the ocean is in fact rising, said Marrack. The current measured rate of mean sea level rise at the buoy in Kawaihae is a steady 3 millimeters per year, which will add up to more than an inch per decade if the rate doesn’t change.

Different global models predict a variety of future scenarios, with mean sea level rise predicted anywhere from 2.5 feet to 6 feet by 2100. As models are being updated with new data, the predicted sea level rise is increasing, she said.

“Models are only as good as the data that go into them,” said Chad Wiggins, Hawaii Island marine program director for The Nature Conservancy.

The current situation in places like Puako demonstrates that some people are already feeling the impacts of small amounts of sea level rise, said Wiggins. Some Puako residents have toilets overflowing at high tide, and plumbing is corroding from contact with sea water, he said.

“People in Puako are actively trying to replace leaking sewage pipes,” he said. “Even though the impacts of rising sea levels may be years or decades away for most coastal residents, it’s not too early to be proactive. Now is the time to pay attention to this, ” he said.

Hawaii is the only U.S. state with anchialine pools, which are brackish coastal ecosystems without surface connection to the ocean, where groundwater mixes with saltwater derived from the ocean. Hawaii Island has most of the state’s anchialine pools, and the native plants and animals that inhabit these systems are unique to Hawaii, including opae ula, the tiny red shrimp that inhabit these pools and travel along the incredible maze of flooded underground waterways that link the pools together.

A rising ocean will have impacts in Hawaii beyond simply flooding low-lying areas. There will be increased wave damage, increased erosion along the shore, and saltwater intrusion into fresh groundwater, said Marrack.

“We talk about sea level rise because it’s part of the discussion about climate change, and relevant to our coastal ecosystems here,” said Pelika Bertelmann, Hawaii Island Extension Agent for the UH Sea Grant College Program.

Through her predictive maps, Marrack has been able to share the picture of a possible future coastline with state and county planners as well as local residents.

“Our models show the topography, the new sea level, and the results — what’s going to be underwater,” said Marrack.

In the maps, you can see where wetlands like fish ponds and anchialine pools are flooded by seawater, and new pools are formed upland and inland. A new threat to anchialine pool ecosystems may occur as sea level rises. Many pools are currently out of balance, infested with people’s cast-off aquarium fish or mosquito fish, which out-compete native anchialine pool species. The most pristine native species-dominated pools are often quite isolated. As sea level rises, and especially during high-tide times, these once-isolated pools will become flooded, and connections provided for non-native species to invade and alter pristine pool habitats.

“We need to take care of these fragile ecosystems now, to make sure they will be around and able to adapt in the future,” said Bertelmann.

“These maps can help us plan for smart coastal development,” said Wiggins. “For example, we shouldn’t be building a parking lot on a place that might become a new anchialine pool in the future when sea level rises,” he said.

“In the past, Hawaiians were resilient to these natural cycles of sea level rise and fall. We could just move inland. Now, our way of life has become so permanent. Sea level rise will heavily impact our current society,” said Bertelmann.

Marrack has been sharing her research and maps with the Hawaii County Department of Planning, whom she described as “super receptive” to the information.

State statutes and County Special Management Area (SMA) rules are meant to protect coastal habitats and mitigate hazards, said Bethany Morrison, a planner with Hawaii County. “Sea level rise will affect these things. We are planning for impacts to resources and development,” she said.

Morrison is working with two UH-Hilo PIPES interns this summer to gather data that will help planners be more specific in identifying potential concerns related to sea level rise. “The interns are mapping coastal hazards (including scenarios of rising sea levels), and overlapping those with natural and cultural resources,” she said.

The results from this study will be the first set of data compiled by Hawaii County that will assess the potential impacts of sea level rise to endangered native habitats, archeological sites, and important geomorphological features like sandy beaches.

“We’re starting with the data. Policy decisions and the politic will will determine how this information is used to regulate coastal development in the future, but without the information, we can’t start the conversation,” said Morrison.

“Nature is able to adapt to these changes. As sea level rises, new anchialine pools will form, and the native species will migrate. The threat comes from people. If we interfere with this adaptation process by over-developing the coastline, we might permanently change or even lose these natural systems like anchialine pools,” said Wiggins. “The coastline needs to have room to breathe,” he said.

Statewide, Hawaii County is at the forefront of planning for sea level rise. “We may not have all the resources or research capacity of Oahu, but we are still making it work,” said Morrison.

The public is invited to hear Marrack give a presentation about her research at 6:30 p.m. July 2 at Hokuloa Church in Puako. There are many online resources available to the public for review from federal, state and university sources. To view maps of coastlines under various sea level condition, visit the NOAA Digital Coast website at http://www.csc.noaa.gov/digitalcoast/.

The Pacific RISA website has discussions, information, and reports about climate change impacts and planning across the Pacific. View the website at http://www.pacificrisa.org/.