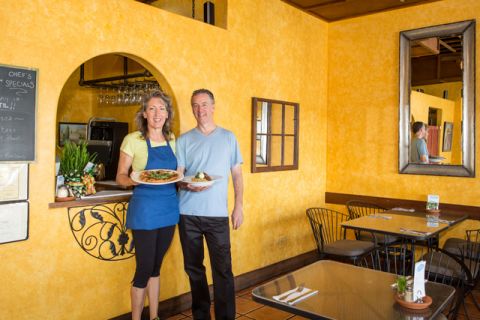 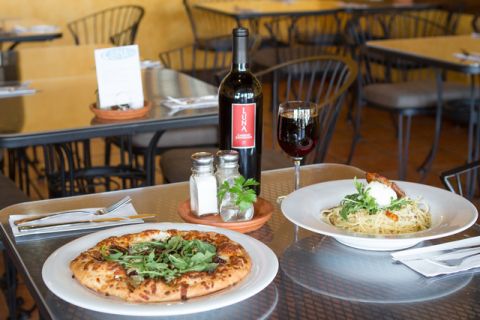 Luna Restaurant features pasta and pizzas, as well as other Italian inspired dishes and a selection of wines. A caprino e fico (goat cheese and fig) pizza is displayed along with a pasta carbonara. (PHOTO BY ANNA PACHECO | SPECIAL TO NHN) 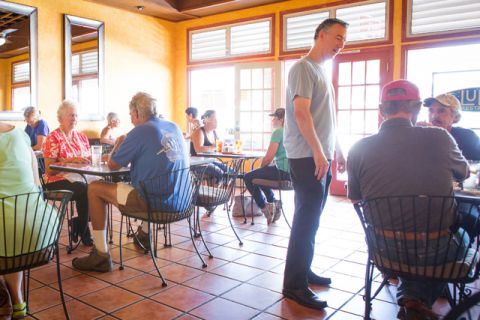 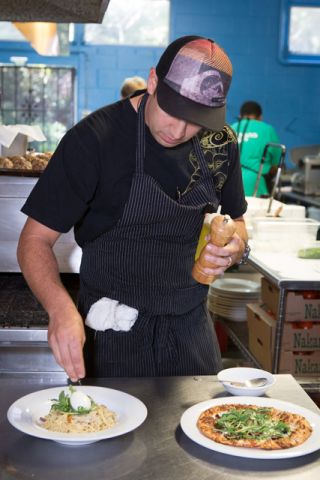 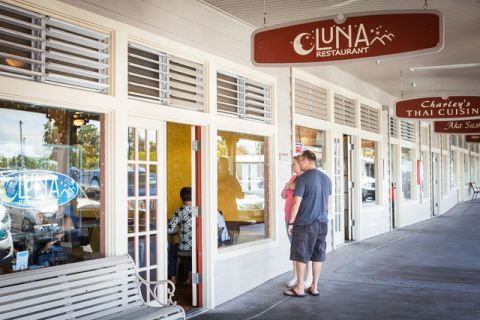 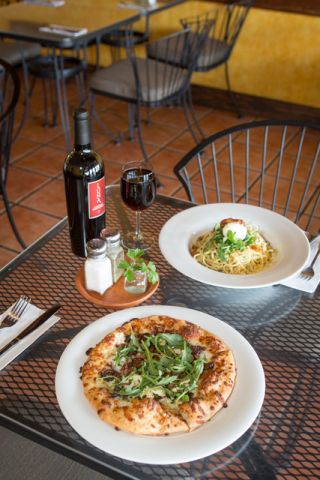 Luna Restaurant features pasta and pizzas, as well as other Italian-inspired dishes and a selection of wines. A caprino e fico (goat cheese and fig) pizza is displayed along with a pasta carbonara. (PHOTO BY ANNA PACHECO | SPECIAL TO NHN)

“It’s never too late to follow your dreams,” says Joe Gorman who, together with his wife Lee Anne, are the proud new owners of Luna Italian restaurant in Waimea. Formerly Solimene’s, the Gormans took over the casual Waimea Shopping Center eatery on May 31. Their goal? To provide the best Italian cuisine using the freshest, locally sourced ingredients from Hawaii, served with aloha. The response from locals has been favorable.

After seven years of living on Hawaii Island, the couple decided to take the leap and open their first restaurant. Joe has worked in the food and beverage industry all of his adult life and was ready to find a community-centered business that he and Lee Anne could manage together. More than a year ago they started looking and through mutual friends met the restaurant’s former owner and began the conversation, ultimately reaching an agreement to take over the reins.

Solimene’s had a loyal following, so instead of starting from scratch, the Gormans closely studied what had been offered and paired down the original menu to keep the “best of the best” items. Nowadays, longtime diners can still order their favorite dishes at Luna, while the new owners plan to add new choices including gluten-free pasta in the future.

Lee Anne’s mother ate pizza every day during her pregnancy before Lee Anne was born. Lee Anne calls herself a “pizza aficionado” insisting that the crust has to be “just so.” As the restaurant’s general manager and chief financial officer, one benefit of her new job is that she can eat pizza anytime she wants to. “It’s a universal comfort food,” she said with a grin. Joe fills the “food and beverage director” role, focusing on service.

As for their executive chef, “Mark Porter was our first and only choice,” Joe said. Formerly with Merriman’s, Allen’s Table, and Canoe House, locals may also recognize Chef Porter from his Parker School farmer’s market booth where he has sold handmade pasta for the past 18 months. Porter, who makes the pasta fresh daily at Luna, insists on using only the best quality ingredients to create Italian country fare. He builds dishes using ingredients that are in season and allows his prep cooks to come up with creative ideas to offer as daily specials. In response, they have seen diners return weekly.

They have lofty goals for the future of Luna, as well as for the culinary scene on Hawaii Island. “We want to raise the bar on how food and service is done in Waimea, with friendly, five-star service that is personal and informal,” Lee Anne said. “Ultimately we would like Waimea to be a foodie town and the Big Island a food destination.”

When asked about her favorite items on the menu, she quickly responded, “the Puttanesca pasta and of course the pizza!” Joe favors the Lunese appetizer — Chef Porter’s own take on a Caprese salad with fresh Nakano tomatoes and basil, arugula salad with his own selection of cheese; and the carbonara pasta, with a soft poached egg that oozes its own rich flavor over pork belly for a colorful presentation.

Having never worked together before, it was tempting to ask how they are adjusting. “Our schedules have always been opposite,” Lee Anne said. “Now our hours overlap so we get to see each other more.”

“I take direction well,” Joe added with a laugh.

The biggest reward as new restaurant owners? “It’s the hardest thing I’ve ever done,” Lee Anne concluded. “But the payoff is being your own boss.”