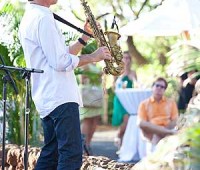 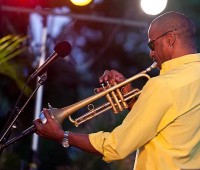 Skip Martin was among the line up of musicians at the Big Island Jazz and Blues Festival on June 2. (PHOTOS BY ANNA PACHECO | SPECIAL TO NHN) 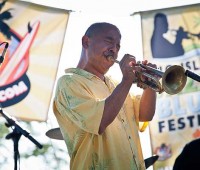 Several hundred people attended each of the four-day Big Island Jazz Festival events, from May 31 to June 3. The festival featured jazz and Hawaiian-style blues, with musicians from local talent to national Grammy award-winners.

“It was a magical and historic weekend of jazz and blues for Hawaii Island,” Martinez Burgmaier said. “The support we had was tremendous and people continued throughout the entire four-day festival with requests to please bring this back next year.”

“It was extremely satisfying to see the happy faces, dancing crowds and standing ovations that connected all of us through live music,” Martinez Burgmaier said.