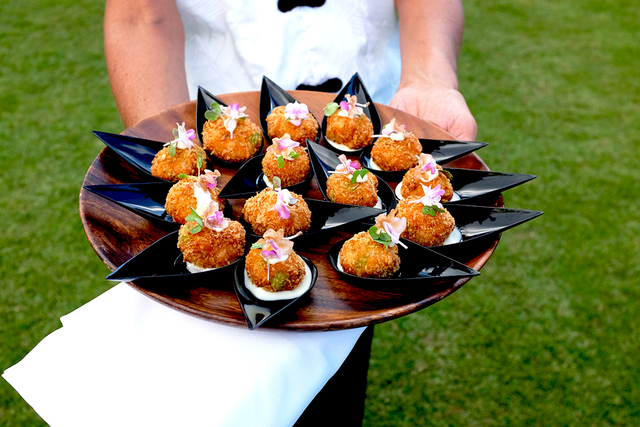 VIP tickets to the event include a private cocktail reception. (PHOTO BY GUM DESIGN COURSTEY OF WAIKOLOA BEACH RESORT) 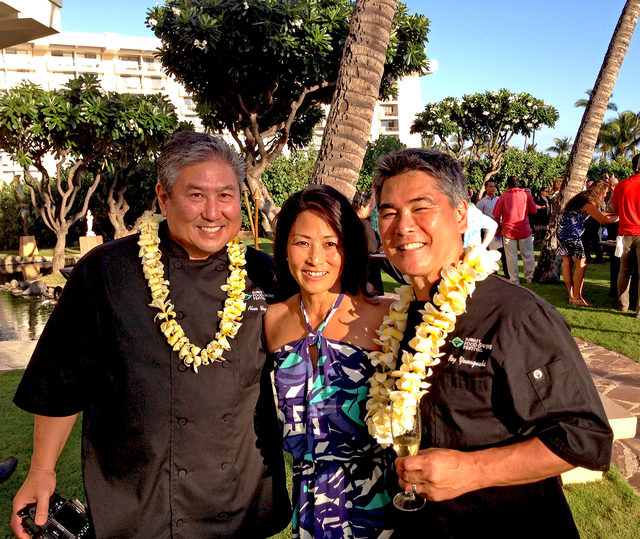 Denise and Roy Yamaguchi, and Alan Wong are founders of the Hawai’i Food & Wine Festival that started in 2011. (PHOTO COURTESY OF HAWAI’I FOOD & WINE FESTIVAL) 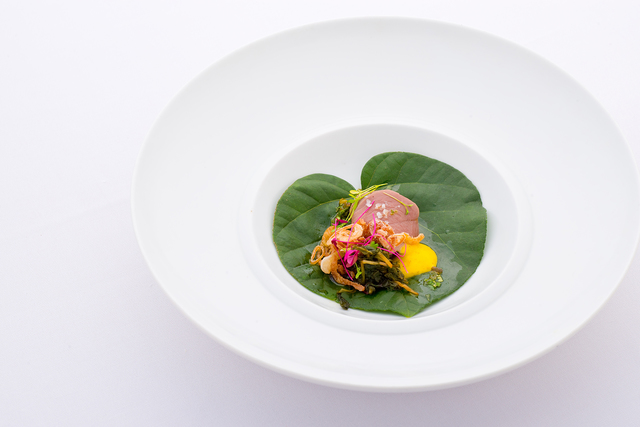 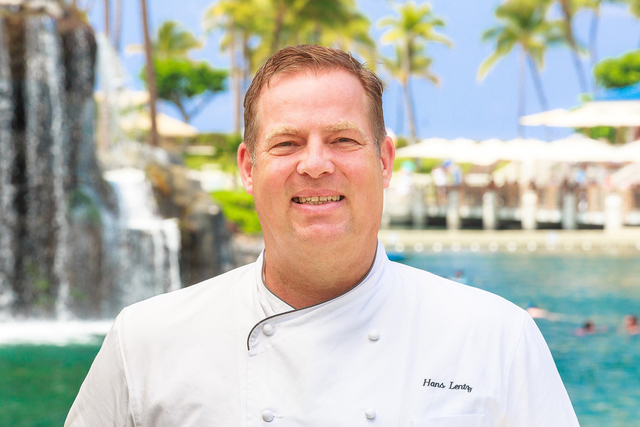 Hans Lentz from the Hilton Waikoloa Village is a part of the seven chef team for the Hawai’i Food & Wine Festival kick-off event. (PHOTO COURTESY OF WAIKOLOA BEACH RESORT) 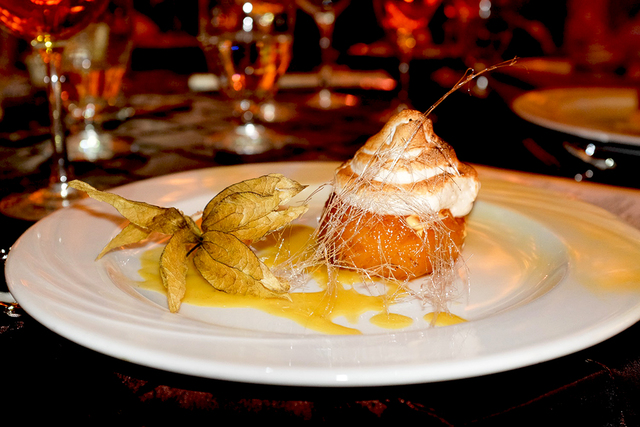 Dessert is a favorite course served at the kick-off event. (PHOTO BY GUM DESIGN COURSTEY OF WAIKOLOA BEACH RESORT) 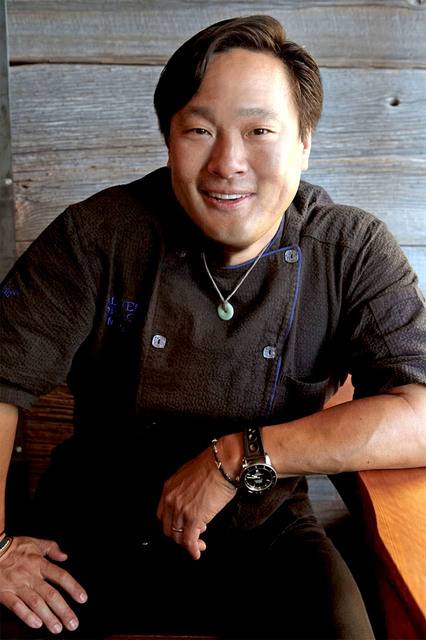 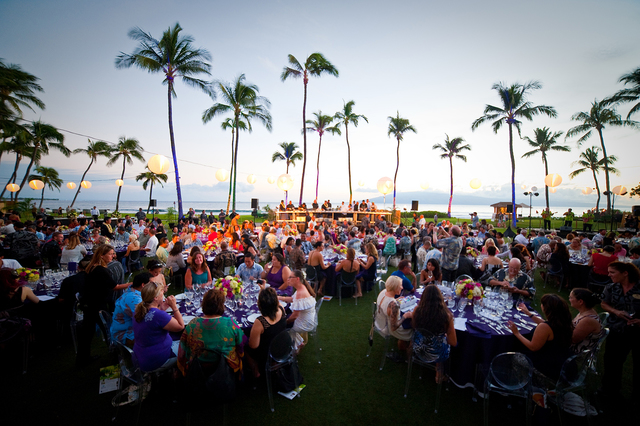 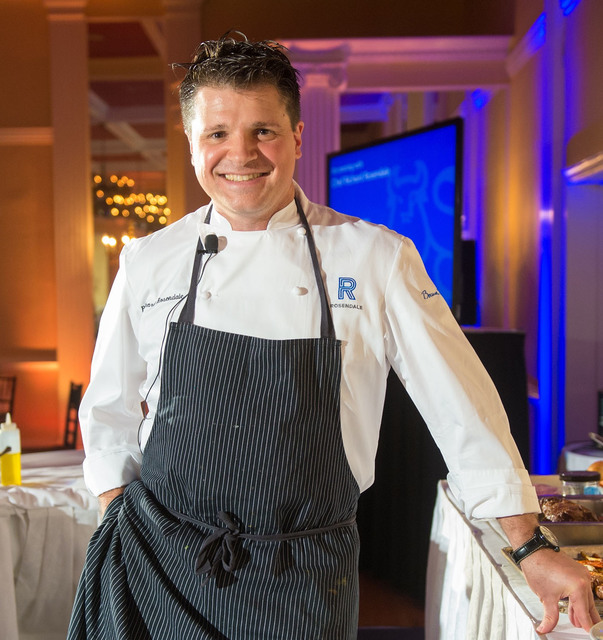 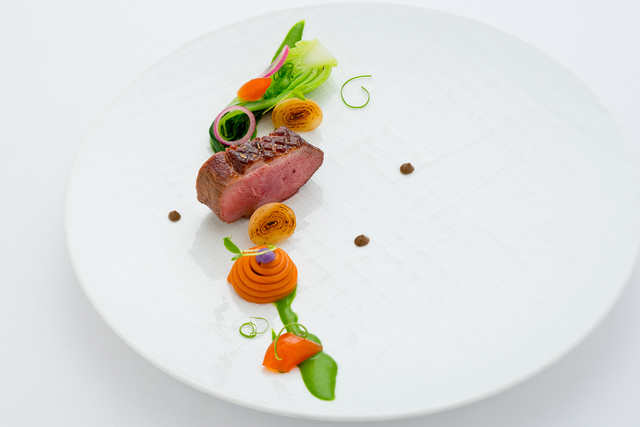 The Hawai’i Food and Wine Festival kicks off on Aug. 29 on Hawaii Island. (PHOTO BY DANE NAKAMA, COURTESY OF HAWAI’I FOOD & WINE FESTIVAL)

There is no love more true than the love of food and wine, and foodies are eagerly awaiting the return of the Hawai’i Food & Wine Festival (HFWF) to Hawaii Island for its second year on Aug. 29.

“Seven Chefs, One Big Island,” is this year’s kick-off event at Hilton Waikoloa Village. Featuring the talents of seven chefs from Hawaii and the mainland, the reception and six-course dinner highlight Hawaii Island’s bounty.

Tickets are going fast. Sales are so popular for the celebration that festival organizers recently had to add an additional 50 seats.

Enjoying nourishing food passionately prepared by food enthusiasts is just one of the reasons this festival has become such an attraction. The premier epicurean destination event in the Pacific, the Hawai’i Food & Wine Festival takes place over two weeks beginning on Hawaii Island, continuing on Maui and concluding on Oahu. It features an impressive list of internationally-renowned chefs, and wine and spirit producers.

Participating chefs use their culinary skills to create a sit-down dining experience that partakes of Hawaii’s lavish abundance of local produce, seafood, beef, and poultry. Dishes are inspired by the cultural food traditions of the Aloha State.

The festival was founded in 2011 by the organization’s Executive Director Denise Yamaguchi, her husband Roy Yamaguchi, and award-winning Chef Alan Wong. Their goals are to benefit the state’s culinary and agricultural community, as well as the hospitality and visitor industry.

Roy and Wong have long been known as two of the 12 original creators of the “Hawaii regional cuisine” concept conceived of in the late ‘80s that combines exotic flavors and spices mixed with fresh local ingredients, and an emphasis on seafood.

Born in Tokyo, Yamaguchi graduated from the Culinary Institute of America in New York and opened his first Roy’s restaurant in Hawaii in 1988. He was the first chef from Hawaii to receive the prestigious James Beard “Best Pacific Northwest Chef” award. Yamaguchi also hosted six seasons of the PBS-TV series, “Hawaii Cooks with Roy Yamaguchi,” and was a featured chef on the Food Network’s “My Country, My Kitchen” show. To share his talents with other foodies, he has published three cookbooks.

Now the owner of 29 restaurants in Hawaii and the mainland, Yamaguchi says the Hawaii Food & Wine Festival was able to expand from Oahu to the neighboring islands of Maui and Hawaii last year because of the strong support from Hawaii’s hospitality and visitor industry. And he wants it to continue to expand.

“We hope to bring the Festival and our celebrity chefs to all of the major Hawaiian Islands by 2016 to benefit the state’s culinary and agricultural community statewide,” he says.

HFWF co-chair Alan Wong is chef and owner of Alan Wong’s and The Pineapple Room restaurants in Honolulu, and his newest concept: Alan Wong’s Amasia at the Grand Wailea Resort & Spa in Maui. Known for creating local dishes with a contemporary flair, he is also a James Beard Award winner and was recognized by Bon Appétit magazine as the “Master of Hawaii Regional Cuisine.” Alan Wong’s is the only restaurant in Honolulu that appears on the Top 10 of America’s Best 50 Restaurants.

“With more than half the agricultural lands in Hawaii on the Big Island, there will certainly be a diversity of local products for our chefs to choose from,” Wong says, in anticipation of the “Seven Chefs, One Big Island” event. “With local beef, coffee, abalone and kampachi sourced from Hawaii Island, we look forward to seeing some great innovation and creativity from our guest chefs.”

The “Seven Chefs, One Big Island” VIP Reception begins at 5 p.m. at the Water’s Edge restaurant in the Hilton Waikoloa Village’s convention center. The dinner begins at 6 p.m. at the Lagoon Lanai. Entertainment is provided by the Lava Rocks Band. General admission is $250 per person. VIP tickets including the cocktail reception, reserved seating and valet parking are $500.

For more information and to purchase tickets, visit www.hfwf.me. The latest updates can be found on Facebook at www.facebook.com/HawaiiFoodandWineFestival.