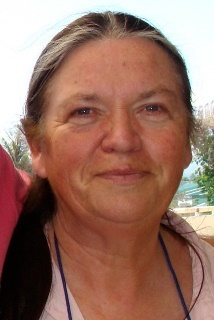 THE COUNTY BUDGET: On June 1 the Council passed the 2015-2016 operating budget as well as the capital improvement budget. There was much to pat ourselves on the back for in the operating budget, especially in terms of advancing mass transit and zero waste environmental management programs.

On the other hand, the budget failed in terms of many needs sought by residents from around the island, most notably for additional police coverage. I was also disappointed my proposed amendment to fund a legislative assistant position in the Prosecutor’s office did not pass. The legislative assistant’s job would have included addressing the current pervasive abuse of seniors living in the County and federally-funded government housing. A portion of the funds for this position would have come from cancellation of the Mayor’s entertainment budget. The other Council members however, argued we should preserve this budget item and think of it as the Mayor’s “hospitality fund.”

THE CAPITAL IMPROVEMENT BUDGET: The Waimea District Park received approval for an additional $3 million for the Capital Improvement Project listing that is expected to be funded in an upcoming bond float. I am also pleased to report several of my new capital improvement project budget amendments passed, including 1) a proposed pedestrian/bikeway to connect Lindsey Road with Ala ‘Ōhi‘a (the Parker Ranch Connector Road), and 2) a proposed connector road from Paniolo Avenue in Waikoloa to Kawaihae Road. Getting these connector road capital improvement project listed is however just the first step towards securing necessary funding.

PLEASE PUT JUNE 12 AT 5 P.M. ON YOUR CALENDAR. That is the date of the GENERAL PLAN TALK STORY from 5 to 7 p.m at the Civic Center, behind Waimea Courthouse. The meeting will focus on input from South Kohala residents, but is open to all. Joel Cohen, Community Development Plan Action Committee Member, and I will be the facilitators.

YOUR VISION OF HAWAII ISLAND IS WANTED! The Hawaii County General Plan is being revised and this is our community’s opportunity to provide input before the Planning Department takes the reins. The General Plan is our long-term planning blueprint for the next decade. This is an important legal document. It trumps all of the following: the community development plans; the zoning, subdivision, and other codes and regulations; and the operating and capital improvement project budgets. The General Plan can contain mandates as well as general guidelines. It is also a vehicle for setting clear budgetary and planning priorities.

So what County standards and policies do you want to see in place with regard to economic development including tourism and agriculture; energy; food; housing; transportation and traffic circulation, including for pedestrian and bike traffic; cultural and environmental well-being; community health and recreation; sense of place and natural beauty; and emergency preparedness? Come and be heard.

NORTH HAWAII BLUE ZONES PROJECT. The North Hawaii Blue Zone Project is one of three such projects around the state. The goal of this program is to promote improved health and life spans through community-based initiatives that foster well-being. The North Hawaii project includes North and South Kohala as well as Honokaa. I am pleased to report that although Waikoloa was initially excluded we were able to revise the project boundary to include it. A community representative of the North Hawaii Blue Zones Project will be present at the June 12 General Plan talk story meeting.

For more information contact my office at 887-2043, or by email at [email protected]