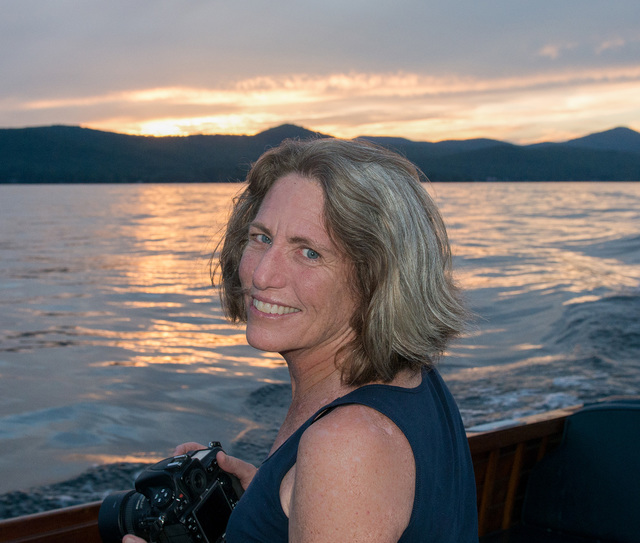 On Hawaii Island, choosing which landscape or subject to capture is the biggest challenge. We spoke with three professional photographers from North Hawaii recently to find out more about their craft and what they love about their work. Their passion was evident in the amount of time and effort each spent creating their own works of art.

Portrait photographer Sarah Anderson says that lighting is all-important in her work. Fine art and architectural photographer Ian Lindsey believes that composition is everything. Jack Jeffrey, whose images of Hawaii’s birds are renowned, states that his specialty stems from knowing the behaviors of his subjects.

After working in the scientific field for years, Sarah Anderson was hesitant to become an artist because she didn’t want to tire of it or have it be “just a job.” But since beginning her second career as a photographer, she has found the opportunity enticing.

“When I quit my full-time job, it became clear to me that I needed to do this,” Anderson says. “It’s exciting to be able to connect with people, and it’s working for me.”

Anderson has always been interested in the visual arts; her family was in Hollywood and her uncle there made her aware of the visual. She took a lot of art classes when she was younger, and was interested in photography but her interest was put on hold when she started having children.

As her kids got older, she began shooting their birthday parties and soccer games, and she got excited about photography again. While she mostly shoots people and events, Anderson has also taken photos of homes for real estate portfolios.

“I love people and enjoy the transformative possibilities when my subjects see themselves as I see them,” she says. “It’s a combination of emotion plus physical circumstances.”

The quality of digital cameras is much better than film cameras, Anderson believes. She tries not to “geek out” when purchasing new equipment, and justifies her purchases only if the gear can be upgraded. Her event work includes weddings, parties, community events and newspaper assignments.

One of Anderson’s current projects is a collaborative effort of glamour shots with full makeovers by Michelle Hartman of Big Island Grown. She is also photographing Honokaa residents in a 1950s pin-up style, which will be eventually made into a series of posters and calendars.

Many years ago, a mentor told Anderson to honor the photos she took; to look at and appreciate them so the moments are not forgotten. Anderson said she believes that lighting is everything in her work, and analyzes her compositions in order to improve them. She continues to educate herself and attends seminars and classes to better her craft.

“When people come up to me and say they still love their wedding photos I took, it’s so exciting for me,” Anderson says. “I’m grateful that people want me to take photos of them.”

He comes from a family of artists and was drawn to photography because of its artistic and technical sides.

“My grandfather, Joseph Feher, was an amazing artist from Hungary who moved to Oahu. He worked as an artist and did a lot of drawing and photography,” Lindsey says. “My mom had cameras and when I was younger, and I would mess around with them.”

He bought his first camera in 2000 and is a purely self-taught photographer. Lindsey said he started out shooting what looked good to him. He frames his shots where they look the best.

“Sometimes photography rules are better when they are broken,” he says with a grin.

Lindsey has always avoided crowds. He would rather surf an uncrowded spot than “surf the best spot with a thousand guys.” He enjoys taking landscape shots in remote places too and loves Hawaii Island for its diversity that leads him to areas no one knows about, capturing moments both above and below the ocean.

“You’re all alone, nobody else is there,” Lindsey says. “Some days are just perfect.”

Although Lindsey uses a digital camera, he does own a Hasselblad and a Mamiya, which he finds large and heavy. He likes simplicity in his compositions, and his favorite shots are the simplest ones.

In his real estate work, Lindsey uses the same principals, but finds there is an enormous amount of work that goes into it.

“Real estate photos are a composite of many shots,” he says. “They take a lot of equipment, lighting, set-up and editing. But you get the same feeling as if you were in the room.”

Lindsey used to be a construction worker, and finds that as a photographer he is returning to homes he helped build. He runs his own business now, working full time as a photographer, editing, printing and stretching canvas prints for others.

“I almost miss construction,” Lindsey says laughing. “But this is much more rewarding.”

For more than 40 years, Jack Jeffrey has been studying Hawaiian birds. A biologist for almost 20 years, he helped with bird surveys across the state and since the 1970s has seen eight species go extinct.

“When I moved to Hawaii in the early 70s, there was a slideshow of native birds and the pictures were terrible,” Jeffrey says. “The i’iwi was gorgeous, but birds were photographed in the hand. The birds’ feathers were messed up. I thought, ‘Somebody needs to get some good photos.’”

That somebody was him. He bought a better camera and started photographing birds. Over the years, Jeffrey says he’s improved as a photographer, and the equipment has improved as well. His bird photography was and is documentation for the future.

“As a biologist, I learned behaviors (of birds) and that helped a lot in my photography,” Jeffrey says. “When you sit down at a flower for eight to 10 hours and wait for a bird to come, you get to know the birds personally.”

“Twenty years ago, I could make a lot more money through stock photography,” he says. “Nowadays, people go online, so the overall stock photography market has collapsed. Most of the big-time photographers are now doing workshops or leading tours.”

Over the years Jeffrey and his wife have led photography tours to Africa. They have been to Kenya many times, and their next trip will be to Botswana. About a month long each, the tours attract people interested in bird and natural photography.

Currently Jeffrey is volunteering on a Kohala Watershed Partnership project called, “Images of Kohala: Source of Water, Source of Life,” along with photographers Nate Yuen and Andrew Richard Hara. By documenting the diverse atmospheres, sceneries and birds, the project will culminate in a coffee table book and a traveling art show.